Following our previous blog instalment on female pioneers in Computer Science that you may not know, we have decided to do a second instalment, coinciding with Ada Lovelace day, to celebrate Women that have spearheaded the development of AI, Computer Science and general tech!

Considered the "first computer programmer", Lovelace and her visionary approach to computer science built the foundation for the development of computers as we know them today, leading us to an era of social and technological change. As such, her contribution to the computer science industry must always be remembered. Whilst never fully recognized during her lifetime, the enchantress of numbers was responsible for writing the first instructions for the first computer program in the mid-1800s. "Her foresight was so extraordinary that it would take another hundred years and Alan Turing to recognise the significance of her work".

Through working with Charles Babbage, Lovelace could see that The Difference Engine, the project they were working on together, could be used for much more than crunching numbers and that it could, in the future, translate any content to digital form, including music. This was the first perception of a modern computer. Lovelace's contributions to the field of computer science were not discovered until the 1950s. Her notes were reintroduced to the world by B.V. Bowden, who republished them in Faster Than Thought: A Symposium on Digital Computing Machines in 1953. Since then, Lovelace has received many posthumous honors for her work.

Granville was the first African American woman to receive a doctorate in Mathematics from an American university, graduating from Yale in 1949. Granville had previously studied at Smith College in 1945, majoring in Mathematics and Physics. Post graduation, Granville taught at New York University's institute of Mathematics and Fisk University. In 1952, Granville went on to leave academia to work as a computer programmer at IBM and later the U.S. Space Technology Laboratories at which time she worked on the Apollo program, including projects on celestial mechanics, trajectory computation, and digital computer techniques. For her work in the field of computing, Granville has received various awards and honours including honorary degrees and commendations from the National Academy of Engineering among others.

Bouman has become somewhat of a household name in the fields of Computer Vision and Machine Learning. Whilst only in her thirties, with a considerably newer contribution to the field than some listed below or on our previous list, Bouman is no doubt a pioneer in the space. Bouman obtained her degree in electrical engineering from Michigan University, later earning a masters degree in electrical engineering and computer science in 2013, and a doctorate in the same field of study in 2017 from MIT.  After completing her work at MIT, Bouman joined Harvard University as a postdoctoral fellow on the Event Horizon Telescope Imaging team. Bouman then led the development of an algorithm for imaging black holes, later playing a monumental role in acquiring the first image of a black hole in April 2019. Whilst not a lone genius in this feat, Bouman’s contributions to the project were great. Once the media whirlwind had calmed, Bouman joined the California Institute of Technology as an assistant professor mid-2019 where she plans to work on new systems for computational imaging using Computer Vision and Machine Learning.

Mouton graduated from Howard University with a Master's degree in Mathematics in 1950, having previously obtained her bachelor's degree in the same topic, combined with a minor in Physics. Post graduation, Mouton joined the Army Map Service and Census Bureau, gaining the vital experience needed for her later position at NASA. At NASA, Mouton led a team of mathematicians and computer scientists in tracking the Echo 1 orbit. Mouton also spent time lecturing when at NASA, teaching programming languages at Watson research Labs. In her later career Mouton received both the Apollo Achievement Award and an Exceptional Performance Award from NASA prior to her retirement in 1973.

Recognised as both a pioneer in computing and as a Naval Officer, Hopper is considered one of the first programmers of modern times, playing a pivotal role in the development of computing languages. Hopper began her journey in the field at Vassar College, graduating with degrees in both mathematics and physics. This was later added to with both a masters degree and Ph.D. in mathematics from Yale. Post-education Hopper worked as a lecturer at Vassar University prior to joining the Navy reserve in 1943, at which time she was assigned to the Bureau of Ordnance’s Computation Project at Harvard University (1944), where she worked on Mark I, the first large-scale automatic calculator and a precursor of electronic computers.

Hopper also coined the term ‘bug’ in computing after a moth managed to infiltrate the circuits of Mark I - this term is now used regularly to refer to unexplained computer failures and problems. Five years later Hopper also designed an improved compiler, which translated a programmer’s instructions into computer codes. Hopper was awarded the national medal of technology in 1991 and posthumously awarded the Presidential Medal of Freedom in 2016.

Dubbed ‘the mother of the internet’ (although she's never liked it), Perlman was educated at MIT in the late 60s, at a time in which there were only a dozen women in class of just under a thousand students. Perlman's educational achievements include both B.S and M.S. degrees in mathematics from MIT, and a PhD in Computer Science from MIT. Perlman's relationship with MIT continued throughout her career, often lecturing there as well as the University of Washington & Harvard University. Perlman's main achievements in computing include robust, scalable, and auto configuring routing technology as well as the invention of the spanning tree algorithm, which is what 'Ethernet' is today. Alongside these achievements, Perlman has also contributed toward DDOS Prevention techniques, user authentication and more. Perlman also holds over 100 issued patents and is the recipient of awards such as Lifetime Achievement awards from Usenix and the Association for Computing Machinery’s Special Interest Group on Data Communication (SIGCOMM).

Mary Allen Wilkes is a former computer programmer, computer scientist and logic designer, most known for her work in the LINC computer, which is now recognized by many as the world’s first personal computer. After graduating from Wellesley college in 1959 with a major in philosophy and theology, Wilkes worked under Oliver Selfridge and Benjamin Gold on the Speech Recognition Project at MIT's Lincoln Laboratory in Lexington, Massachusetts from 1959 to 1960 at which time she was involved in the programming the IBM 704 and the IBM 709. In 1964, Wilkes was part of the LINC team which left MIT to form the Computer Systems Laboratory at Washington University in St. Louis. She worked there on a LINC provided by the Computer Systems Laboratory and is usually considered to be the first user of a personal computer in the home. Wilkes later left the computing field to peruse her passion of working in Law. Wilkes worked both as an active lawyer and teacher in the subject and continues to work in the field to this day. Whilst Wilkes only spent a portion of her life in the computing field, her contributions were extremely notable.

Feinler was the first Woman in her family to attend college, later graduating from West Liberty University with a B.S in Chemistry. Having graduated, Feinler completed graduate work in biochemistry at Purdue University under Dr. Roy Whistler. After obtaining her Ph.D, Feinler decided to work for a few years before starting her thesis, however, it was during this time that she decided to move toward computer science, never returning to biochemistry. In her later work, Feinler pioneered and managed the first ARPANET, later also working on the DDN and for the Department of Defence on the Network Information Centre, all of which are forerunners of today's internet. It was during her time at the DOD that Feinler's team developed the first Internet “yellow-” and “white-page” servers as well as the first query-based network host name and address (WHOIS) server. This also led to the development of host naming registries from 1972 to 1989, as part of which effort she developed the domain-naming scheme of .com, .edu, .gov, .mil, .org, and .net, which are still in use today.

The above women have not only been key in the development of Computer Science, AI and general computing, but have all done so against the odds and at times in which the underrepresentation of women in STEM fields was rife. We hope the above list helped introduce you to some of the brilliant women that have laid the foundations for the industries we all love. 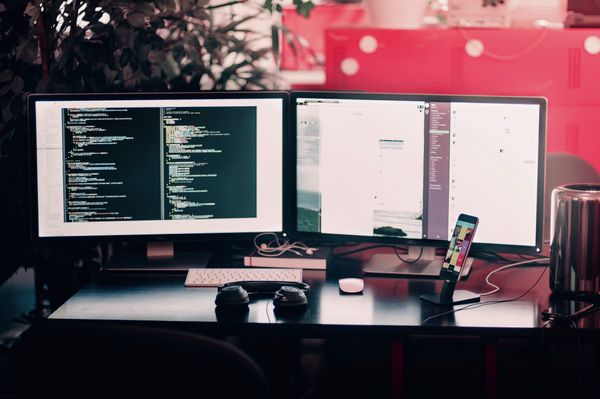 For a model to be "Generative" must fit in a class of statistical models which contrast against discriminative models. Simply, a generative model is one that can generate new data after learning from the dataset. VAE’s & GANs are the most popular types of generative models....