Whilst many will be familiar with our Women in AI lists which include those currently pushing boundaries in the present day, we thought we would put together a list of women who have been instrumental in the advancement of Computer Science and Data Science, providing the foundations for AI in the 21st Century. How many of the below are you familiar with?

Dame Mary Cartwright was a University of Oxford Graduate in Mathematics at a time in which Women had only just been allowed to take degree classifications at the prestigious school. Mary then obtained a Yarrow fellowship at Cambridge University, later pursuing research in the theory of Functions through until her retirement in 1968, becoming one of the first to study what would later become known as Chaos theory. Cartwright had a distinguished career in analytic function theory and university administration, publishing over 100 papers on classical analysis, differential equations and related topological problems. Cartwright is, to this day, also the only Women to become president of the London Mathematical Society.

Considered an incredibly gifted individual from a young age, Katherine saw herself often studying at higher age groups in both school and high school, attending the latter at only ten years old. Best known for her work in spaceflight, Katherine began her journey through being selected to join the West Area Computing Unit, a group of Women who manually performed complex mathematical calculations for the engineering department, considered an essential piece of the computations which enabled space flight. The National Committee for Aeronatics, later NASA, at this time was a segregated organisation, with both separate bathroom and eating facilities. Later in her career, Katherine co-authored a paper with one of her fellow women at NASA on calculations for placing a spacecraft into orbit. It was the first time a woman in her division received credit as an author of a research report. Johnson authored or co-authored 26 research reports during her career. Johnson was also part of the team that calculated where and when to launch the rocket for the Apollo 11 mission of 1969, which sent the first three men to the Moon.

Considered to be one of the greatest simplifiers of the complicated, Edith Clarke invented a graphical calculator that greatly simplified the calculations necessary to determine the electrical characteristics of long electrical transmission lines. Prior to this, Edith had become the first electrical engineering student to gain a degree in the subject from MIT, Boston, in 1919, which later led to a 26 year career at General Electric with only a two year break to move from the US to Turkey to teach as professor of physics at Constantinople Women's College in Turkey. Throughout the course of her career, Edith compiled eighteen papers, including two award-winning ones, becoming somewhat of a thought-leader in graphical analysis, hyperbolic functions and more.

Considered the "first computer programmer", Ada Lovelace and her visionary approach to computer science built the foundation for the development of computers as we know them today, leading us to an era of social and technological change. As such, her contribution to the computer science industry must always be remembered. Whilst never fully recognised during her lifetime, the enchantress of numbers was responsible for writing the first instructions for the first computer program in the mid-1800s.

Through working with Charles Babbage, Ada could see that The Difference Engine, the project they were working on together, could be used for much more than crunching numbers and that it could, in the future, translate any content to digital form, including music. This was the first perception of a modern computer. Ada's contributions to the field of computer science were not discovered until the 1950s. Her notes were reintroduced to the world by B.V. Bowden, who republished them in Faster Than Thought: A Symposium on Digital Computing Machines in 1953. Since then, Ada has received many posthumous honors for her work.

Considered one of the first computer software programmers, Margaret is accredited for coining the phrase 'software engineer', which, at the time, critics said inflated her work’s importance. Similar to Edith, Margaret started to work at MIT, albeit some years later, coding software to predict the weather throughout her postgraduate work in meteorology. Many seemingly questioned the ability of Margaret to both work on highly complex projects and be a full time mother, however, ever the determined, Margaret continued to programme away with her daughter in toe, later creating the programming that would power Apollo’s command module computer. Whilst the work of Margaret may not be widely known outside of the scientific community, it later came to the forefront of news when she was awarded the Medal of Freedom by president Barack Obama, noting that “her example speaks of the American spirit of discovery that exists in every little girl and little boy who know that somehow to look beyond the heavens is to look deep within ourselves.”

As one of the six original programmers of the Electronic Numerical Integrator and Computer (ENIAC), the first electronic general-purpose digital computer, Meltzer's place place in scientific history is cemented (fellow programmers included Kathleen McNulty Antonelli, Jean Jennings Bartik, Frances “Betty” Holberton, Frances Bilas Spence and Ruth Lichterman Teitelbaum). Throughout her career, Marlyn had worked at the Moore School of Engineering to perform calculations on wether prediction, as a ballistic weapon trajectory expert at the US Army and as previously mentioned, on the ENIAC computer, although at this time, the role of women on said project was not publicised. In 1997 Marlyn was inducted into the Women in Technology International Hall of Fame.

Also called Kay or Kathleen Antonelli, McNulty was known by many as the Irish mother of computing, who had an illustrious career in the United States. Initially hired as a computer, a name given to those in mathematics prior to the machine taking the name, Kay was another member of this list enrolled to be involved in the painstaking work of ENIAC, calculating missile trajectories. As with  Marlyn above, Kathleen and her colleagues were not only shadowed from the limelight they deserved from the project, but reportedly asked to act as hostesses, ‘to greet all the big shots and show them around’ at the machines launch in 1946. Sadly, McNulty's work was not credited until 1997, as prior to this it was expected that she support her husbands scientific aspirations more than her own. The deserved recognition later in her life saw Kay inducted into the Women in Technology International Hall of Fame and also saw an award in computer science created in her name at Letterkenny Institute of Technology.

Born Elizabeth Jean Jennings in Missouri, USA, Jean went on to become one of the first women to work in the field of computer science, alongside being one of the US Army's first programmers. As a leader in the field, Bartik assembled and trained the team that converted the ENIAC to a stored program machine in 1947 whilst also aiding the team write the code needed. As with many on this list, Bartik was rarely recognised for her contributions in computer science and engineering, causing her to be a campaigner and advocate of increased participation of women in STEM. The honours received by Jean prior to her passing include: Pioneer Award from the IEEE Computer Society, Women in Technology International Hall of Fame membership, named a fellow by the Computer History Museum in Mountain View and more.

The first female recipient of the Turing Award and also awarded the Ada Lovelace Award, Computer Pioneer award and several fellowships including ones at ACM and IBM, Frances E Allen is considered a pioneer in computer science, aiding in the development of multi-source, multi-target, cascading compiler for the machines at IBM and very high-level code breaking coding language for the national security agency. Alongside this, Allen's seminal 1966 paper, "Program Optimization," laid the conceptual basis for systematic analysis and transformation of computer programs. On top of her achievements, Allen is also recognised for her advocacy of women and minorities working in the field, fighting for recognition of their work.

Another member of the ENIAC team, Ruth held a B.Sc. in Mathematics and was recruited to head the analog technology for the project, working closely alongside Marlyn Meltzer. On completion of the project, unlike her colleagues, Ruth travelled with ENIAC to the Research Lab in Aberdeen where she remained for several years to teach future programmers all she had learnt and contributed. Along with her colleagues, Teitelbaum was later recognised for her contributions to the advancement of technology through entrance into the Women in Technology International Hall of Fame, she had however, unfortunately passed prior to her induction. 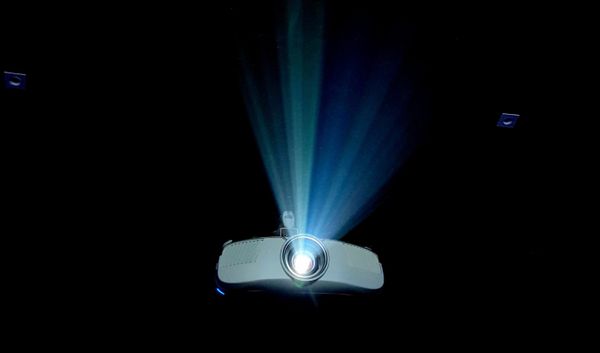 Are GANs the future of Machine Learning? We have collated five technical application presentations from DeepMind, NASA, MIT, Insitro and Université de Montréal to show the current methods utilised in industry.... 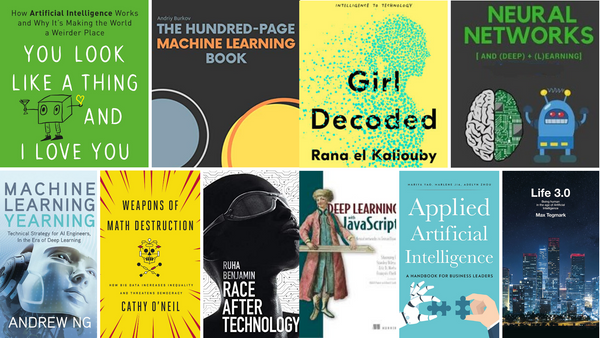 Whilst we can all be consumed by the quick youtube video or blog article for learning, sometimes it's nice to get engrossed into a good book. For that reason, we've collated some of our 'must-read' page-turners for your perusal on world book day!...