The term AI Winter, first appeared in 1984 having been discussed at the American Association of Artificial Intelligence. This discussion then saw a rise in pessimism and a reduction of funding. Many minds that had survived the first 'winter', prior to it being cited as such, suggested that an increase in enthusiasm for AI, perhaps without the technical capabilities to match, has seen a sharp rise and later collapse. Having hit extreme lows in the early 1990s, the enthusiasm for AI began to rise again, and as they say, the rest is now history with it now so ubiquitous in society.

That said, we have seen this year that anything is certainly possible, therefore, we thought we would ask our community of AI expert friends what they thought on the topic, asking - 'Do you think we will see another AI Winter? If so, why?

There is certainly differing of opinion, or at least a difference in perspective, making for a good range of answers.

I don't think we'll see one in the same sense that we saw AI winters before, simply because AI technology is already so ubiquitous and has been demonstrated to work well in so many areas. This is in the realm of narrow AI, such as algorithms that can perform a narrow task incredibly well, like image classification/generation or machine translation. And I don't think there's any danger of deep neural networks going away anytime soon, as time and time again we've seen the power of combining vast amounts of data with very powerful machines to train these huge models. General AI, or AGI, is still not too well-defined, so I think it's been hyped up a bit with people's preconceptions from, say, movies and popular culture. I think there might be a bit of disillusionment after a while when it becomes obvious that general artificial intelligence won't necessarily look like that.

This is something that I continuously think about. It is very hard to predict the future, but here are a few thoughts. I think some of the projects that have attracted a lot of attention and funding like self-driving cars and AR/VR haven’t panned out the way we thought they would. Few years ago everyone was thinking self-driving cars are right around the corner, now people have become more skeptical and predict that they wouldn’t be launching in the next few years. On the AR/VR front, Magic Leap, a very well funded unicorn AR/VR startup, has laid off a lot of its employees. Google has reduced its focus on AR/VR. Also in general you don’t really see any AR/VR product by any company that has reached more than a few thousands of customers. In recent years, big companies like Google, Facebook, Apple, Amazon felt there was not enough AI talent for them to hire. Therefore, they started AI residency or other similar programs. Today it is much harder for a graduating AI student to find a job at some of these companies. This might sound like we have already passed the AI hype and we are entering the AI winter. However, I think on the positive side, now you see AI almost in every major product: Shopping, Search, Social Networks, Cloud, Gaming, etc. and I think it will continue to be more and more like that. The bottom line is that I think there is a huge need for AI expertise, but at the same time, I think we have enough experts right now and gradually we might have more than enough. This might affect how special AI experts feel today in comparison to experts in other fields.

No, in a foreseeable future, there will be no AI winter. Neural networks are such a great and versatile tool! They can solve almost any learning problem worth solving, we just need the right data and the right person. Never in history, was AI as impactful (for both business and humanity) as it is today.

I wouldn't say that we will see another AI Winter because some of the disillusionment that occurred in the past was primarily because of very large gaps between expectations and reality and after having gone through that a couple of times, people have realized the importance of having tempered expectations. In addition, the technical limitations that the field faced in the past haven't surfaced as of yet because of both software and hardware innovations that have helped to continuously inch ahead of the potential ceilings that we might hit which can trigger a new winter. I think we might have an "AI Fall" potentially where things like the strong belief in the imminent and immediate arrival of self-driving vehicles has experienced a slowdown because of some of the really tough technical challenges that came to light as the research world collided with the real world. Yet, these challenges are not insurmountable. Continued investments from both research and industry will help to overcome them, except that this time around we have civil society playing a more active role to ensure that the deployment of these systems is ethical, safe, and inclusive.

Interesting question, I think the AI is here to stay because it is useful and people can now take advantage of it. In that sense, there won't be a winter, but there will be times when the hype and expectations (of AI), outstrip the current capabilities, and so the hype will fade, while in the background it's continuing to be used at an ever increasing pace.

I am optimistic that we can steer clear of another AI winter by embracing the appropriate checks and balances at our disposal today. The previous winters were largely due to AI technologies that did not live up to their oversold promise. These risks exist today as well, especially with the hype around deep learning. However, the circumstances today are more robust to uncontrolled and unjustified hype from the winters of the 20th century in three major ways. First, the internet has laid the backbone for seamless access and exchange of information across a variety of disciplines. AI is no exception and in particular, sites such as arXiv and Github have helped spur a culture of openness in both research and development. Second, almost all major technology companies have made significant investments in fundamental and applied AI creating jobs for researchers and engineers and accelerating AI progress.

Notably, these companies run large AI labs that can effectively combine the research independence of academia with the engineering scale of industry; these labs publish papers in top-tier, peer-reviewed journals and conferences, release large-scale datasets and high-quality code, and help develop the software and hardware platforms critical for advancing AI. Third and last, the increasing diversity of individuals and organizations involved in developing, deploying, and auditing AI systems have helped highlight significant limitations of current AI technologies, such as the gender and racial biases in language models and facial recognition software. These efforts play a key role in mitigating the potential harm of AI systems and offering a more balanced perspective on their strengths and weaknesses.
The overall effect of such a 21st century ecosystem is that it incentivizes measurable, accountable, and holistic progress in AI, unlike the past winters.

From a business and practical application perspective, I don’t think we’ll be seeing another AI winter. Even though we’re currently in a pandemic, a Gartner survey shows us that 66% of organizations increased or didn’t change their AI investments since the onset of COVID-19. This is an indicator that companies are seeing AI as an important investment and not just a fad. The need for reduced human contact and social distancing will further propel the adoption of AI. For example, AI-powered robots are helping with medical pre-checks to limit contact with patients with COVID-19. The same robots are also helping COVID-19 patients connect with family and friends. There are also hospitals that are using AI to detect covid-induced pneumonia in patients due to a shortage of staff and long wait times.

We have machine learning algorithms that are mature and ready to solve practical problems. We have sufficient computing power to train algorithms to tackle many complex problems. Finally, although there’s a shortage of AI talent, more and more people are slowly becoming competent in AI. So why would there be an AI winter? 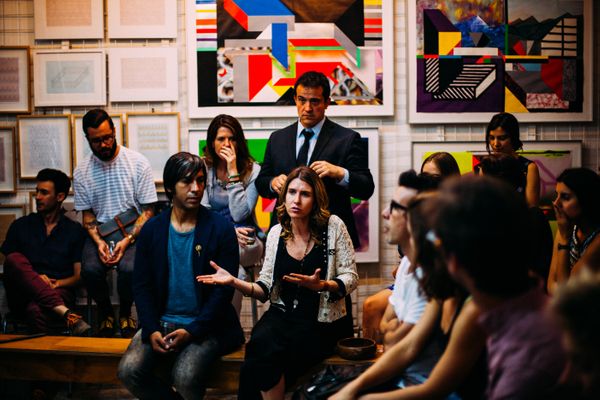 Following on from our previous expert-led series, we wanted to know from those working in the field for some time, what advice they would give to their younger selves and also those debating a career or just entering the AI world.... 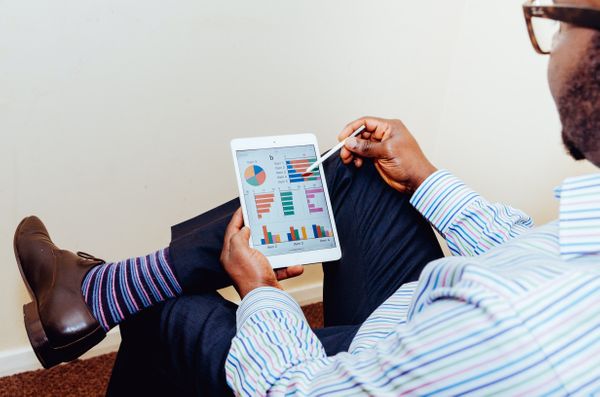