We've all been binging Netflix, Disney+, YouTube, you name it... That said, we put together a list of our favourite AI films to help pass the time. In no particular order, the below list includes films based on, or including, Artificial Intelligence (albeit to varying degrees of accuracy).

The Christopher Ford film stars an ageing jewel thief that's gifted a robot butler by his son, which in turn, becomes an accomplice on further heists. Released eight years ago now (yikes), Robot & Frank was honoured by the academy of science fiction and fantasy films, also debuting at the Sundance film festival. One of the harsher film critics, Rotten Tomatoes gave the film a fairly high 86%, so it's certainly worth a watch.

This classic film starring Will Smith is based around robotics, specifically the possibility of a robot having violated the laws of robotics to murder an employee of 'US Robotics'. The film, directed by Alex Proyas had a staggering budget of over 120 million USD at the time. If you can deal with patchy special effects and some small plot holes, it's an enjoyable watch!

Another robotics entry on the list is a must watch for anyone with a passion or passing interest in artificially intelligent beings. The 2015 release covers a young programmer who gets a chance to become a part of a strange scientific experiment where he is expected to assess artificial intelligence by interacting with a female robot. Ex-Machina received an Academy Award for Best Visual Effects and is considered by many to be a great attempt at covering the potential future of AI.

Everyone likes Joaquin Phoenix, right? The Joker star plays the lead role in this AI classic as Theodore Twombly, an introverted individual that purchased an AI 'system' to aid him in his writing, only to find that it holds far greater capability than first thought. The film received rave reviews from critics and various nominations including several at the academy awards.

An obvious addition to any list like this, A Space Odyssey, directed by the great Stanley Kubrick, follows the Discovery One ship and its revolutionary super computer seeking a mysterious monolith that first appeared at the dawn of man. Released in 1968, this film, although brilliant, requires some patience as it lacks any spoken dialogue for the first 30 minutes.

Release over twenty years ago now, Bicentennial Man has received mixed reviews since release, however, many consider the film to have been well ahead of its time. With Robin Williams as the lead, the film follows the Martin Family who have recently acquired a NDR-114 robot for housekeeping duties. As with many of the films on this list, however, said robot discovers emotion and thereafter desires to be human. A must watch whilst on lockdown - let me know if you agree with the harsh critique of Rotten Tomatoes.

Another sci-fi classic, Colossus: The Forbin Project covers many of the ethical issues we still see present in AI to this day (albeit on a much larger scale). Eric Braeden plays the lead in this film as Dr. Charles Forbin, the mind behind a massive computer system, dubbed "Colossus," which has the power to dialogue with other machines whilst also holding the responsibility of ensuring the nation's safety against nuclear attack. Plenty of suspense and a great futuristic film based around the potential of AI and computing.

Many of you will have seen the series adaptation of Westworld on Netflix, however, many haven't seen the original 1973 release. Considered a classic, Westworld depicts a futuristic theme park whereby paying guests can pretend to be gunslingers in an artificial Wild West populated by androids. Many that have seen the series will understand that there's a huge twist, but I shan't spoil that here.

Luke Scott's 2016 robotics release has been met with mixed receptions, but it's definitely worth a watch. Scientists at a research company discover that Morgan, the human hybrid they are working on, has a vicious side. However, before she can be contained, she kills the researchers and escapes. Many of those that have seen it are quick to commend the sets, shot and design of the film, with some comparing it to ex-machina. 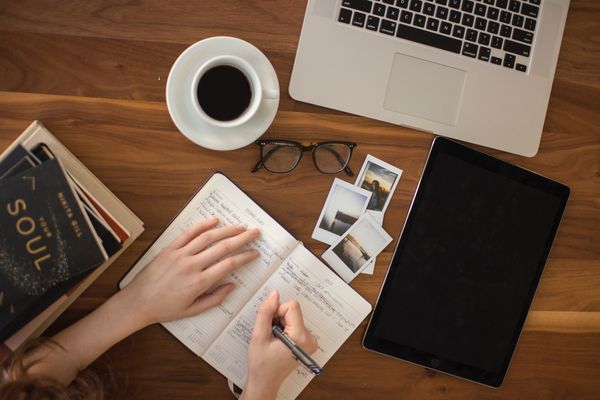 We were lucky enough to speak with Vinod Bakthavachalam, Senior Data Scientist at Coursera, Kian Katanforoosh, Lecturer at Stanford University & Sergey Karayev, Co-Founder and CTO of Gradescope on the future of AI in education!...

Podcasting has becoming one of the easiest ways of digesting information in recent years, whether you're on planes, trains or automobiles, you can keep updated with anything you'd like! That said, we thought...