Considered by some to be the fourth industrial revolution, the capabilities of AI are ever-growing with new personnel, data and financial power pushing it to greater feats each day, week, month and year. With the wealth of data available to us today, the potential of AI is undeniable. With current debates roaring on which sectors will reap the benefits most, including healthcare, finance, education and more, the only certainty is change. In our top cities in AI blog from 2019, we forecasted (with some help from our industry friends), which cities would emerge as tech hubs, so we thought we'd have another go in 2020! Our list, in no particular order, details some of the cities we think will see some great advancements over the next 11 months.

It comes as no surprise to see China’s capital near the top of our list this year after the government released a three-step program to secure the position of ‘World Leader in AI by 2030’ back in 2017. Alongside this, it is also suggested that China aim to exceed $150 billion net worth for their AI industry over the next decade. Being home to Google’s first AI research lab, leading institutions Tsinghua & Peking Universities and over 1,000 AI companies in 2019, Beijing largely plays the  core of China’s AI success. Plans to integrate the ‘Beijing AI Principles’ into the community, set to begin with the development of a proposed $2.1 billion technology research park.

With enough Tech companies to warrant the ‘Silicon Hills’ nickname, Austin can certainly be considered one of the more thriving cities in the current AI landscape. Home to global tech companies including Hypergiant, Spark Cognition and more, we expect to see the Austin AI industry boom within the next couple of years. Tech giants Apple and Facebook have seemingly also forecast significant growth in the lone star state, with Apple recently confirming their plans to house the next $1 billion campus in the state and Facebook announcing Austin as their third-largest hub in the US.

The Silicon Valley bay area and AI come hand-in-hand. Commonly referred to as ‘the centre of innovation’, this small geographical area has the densest concentration of high-tech companies with over 2,000 in approximately 50,000 square miles. Leading universities Stanford and UC Berkeley also contribute to the leading reputation of San Francisco within the tech industry. However, since we last reviewed the rankings, it has been argued that AI success in other North American cities including New York, Boston, Austin and Seattle have started to dilute the dominance of the Silicon Valley bay area.

The UK government outlined the ‘AI Sector Deal’ in May of 2019, which highlighted their plans to lead the AI revolution from the front line. The main goals include raising the ‘total research and development investment to 2.4% of GDP by 2027’ and ‘invest £406 million in STEM subjects throughout education curriculums’. The British capital hosts the majority of UK-based AI companies including the AlphaGo creators DeepMind, Babylon Health, Cleo, Mindtrace, Kwiziq and Swiftkey. It will soon be home to Alphabets new headquarters rumoured to employ 7,000 staff. Last year the London Datastore had over 800 datasets which were used by over 50,000 researchers / companies per month, and with Forbes declaring that London accumulates more start-ups and programmers that anywhere else in the world, we expect these numbers to rise.

Last year Forbes announced that New York was home to 7,000 high-tech firms. Although not yet rivalling the Silicon Valley, New York’s diverse economy and idyllic proximity to the European market are attracting talent toward the Big Apple and away from the tech-prevailing hubs on the West Coast. What with Apple, Amazon, Facebook and Google making space for more employees in New York, people within the tech sector feel less inertia to live in San Francisco.

Toronto has accumulated more tech jobs in the last year than both New York and the San Francisco Bay area combined. The city accommodates research facilities for Nvidia, Samsung, Thomson Reuters, General Motors and Amazon who have opened a 113,000 sq ft office for 600 job vacancies in cloud computing and engineering. Google, Accenture, Nvidia and more have recently partnered to establish the Vector Institute, which is dedicated to the development of AI in Toronto led by Geoffrey Hinton, ‘the Godfather of AI’. We expect to see some great things come out of Toronto in the coming years.

Apple have just acquired the Seattle-based startup Xnor.ai who’s USP rests on machine learning and artificial intelligence in low-power devices. Xnor.ai was also recently amongst Forbes’ list of most promising AI companies which is encouraging for the University of Washington who’s students serve as the companies main source of employees. With a population speculated to rise 31% by 2035, Xnor.ai along with other successful AI companies such as NMG can only be expected to expand.

‘AI Singapore’ is a national scheme harnessed across industries and generations to create an ‘AI ecosystem’ for the nation. The National University of Singapore implemented the program to drive change through research, technology and innovation. The Singapore government is one of few who have ‘successfully developed an AI governance framework to address ethical dilemmas’. Ranked as the city most prepared for AI disruption in the form of data biases and privacy risks, Singapore tech firms may overtake other cities when these hurdles come into place. It gets our vote and a place on our list!

Montreal boasts a list of tech giants that have worked directly with their renowned MILA institute including IBM and Google, both investing millions into research. The Financial Times ranked Montreal the best for its quality of Artificial Intelligence against 20 other major cities in Canada and North America. Amongst AI leaders developing their dexterity in the city are Google, Microsoft, IBM, Facebook, DeepMind, Borealis.AI, Huawei and Samsung. Ericsson have recently launched their global AI Accelerator in Montreal to work with the existing AI ecosystem and enhance it further.

With ownership of iRobot and Amazon Robotics, Boston appears to have fertile roots that place it in the ranks to becoming the AI capital of the world. Albeit tech giants Google, Amazon, Facebook and Apple seemingly expanding more in other North American cities, Boston’s ‘own grown’ are on the rise. MIT has announced a $1b outlay for new AI college and Northeastern University has recieved $50m to put toward further AI studies. The Khoury College of Computer and Information Sciences is the fastest growing college at Northeastern University yet.

Whilst the advancement of AI is happening at some speed, it should be remembered that whilst the general view of AGI being but years away is some way off the mark. That said, the cities mentioned above will no doubt play a part in the development of crucial and groundbreaking research as well as industry application methods. 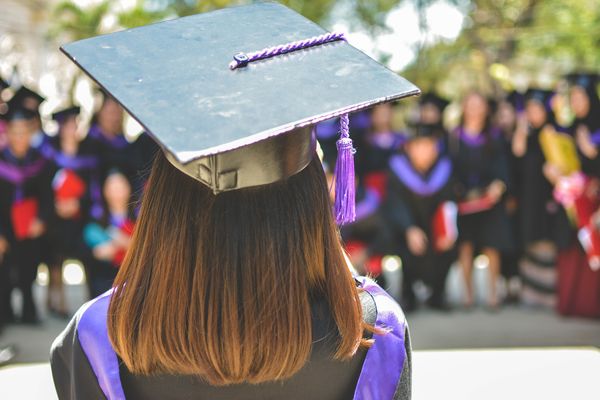 This week we asked our industry contributors how they think we can help women to study STEM topics at University. Let us know your thoughts!... 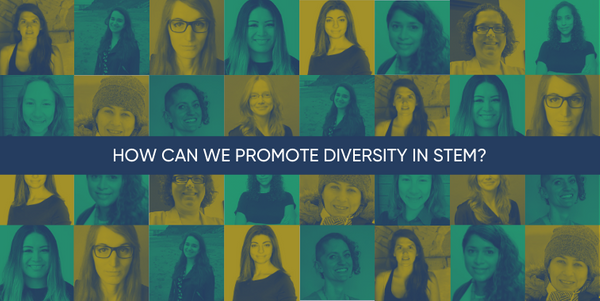 Diversity is an extremely prominent issue in STEM fields, but how can we address it? We asked 14 of our friends in Data Science for their advice on addressing diversity issues....