Artificial Intelligence (AI), perhaps more than any human invention before it, holds the potential to reshape our world. In just the last few years, we have seen a new explosion of AI development, fueled by increased computational power and data availability, and the power of deep learning. New AI methods and startups are springing up daily, and the excitement around AI is palpable. At the same time, as in any scientific endeavor, there are many paths forward and challenges that remain. AI is poised to touch almost every aspect of our lives, but, for it to do so, we must sustain the pace of discovery and steer that progress in ways that serve us all.

It is against this backdrop that IBM and MIT have joined forces to establish the MIT-IBM Watson AI Lab, a first-of-its-kind industry-academic collaboration backed by a $240m commitment from IBM, founded with the goal of charting the future of AI. Today, as we celebrate the one year anniversary of the Lab’s announcement, we take a moment to both look back at the shared history of MIT and IBM, and to look forward to where we aim to take AI in the future.

The term “artificial intelligence” was coined in a 1955 workshop proposal by IBMers Nathaniel Rochester and John McCarthy, along with Claude Shannon and Marvin Minsky — all of whom would go on to become iconic MIT faculty. At the time, IBM was building some of the earliest practical computers and, together with their MIT colleagues, they dreamed about how they could be used. Their work, standing on the shoulders of Charles Babbage, Ada Lovelace, Alan Turing, and others, established AI as a field of science.

Despite its initial promise and projections of rapid progress, AI research has experienced alternating periods of excitement and disillusionment over its sixty-plus year history. Within this period, we have experienced several “AI winters,” when hype outstripped reality and technological progress stalled, causing research investment to dry up, sometimes for up to decades at a time.

In this decade, AI has re-emerged with a new vigor, ushering in a new “AI Spring.” While previous cycles of excitement for AI have been promising but brief, this moment is arguably different. Today, AI technology has reached a new threshold of maturity that allows the business world to derive real and measurable value from it, and where applications are being deployed at scale in the real world. The field has moved beyond mere promise to create genuine disruption beyond the walls of the research lab.

At the same time, AI is still in its infancy. Today’s AI systems, while tremendously powerful, remain limited in important ways. These systems largely require enormous amounts of carefully annotated data to train, and they struggle when confronted with inputs that look very different from their training. Today’s AI systems are also vulnerable to new forms of hacking, where bad actors can trick AI systems into making mistakes. What’s more, current systems can rarely give satisfying human-understandable explanations for their decisions. Each of these weaknesses limits the broad applicability of AI, particularly in mission-critical functions within business enterprise. The potential for AI to impact our lives is great, but this potential will not be realized without a concerted effort to look ahead to what is next in AI.

An integrated worldview, a collaborative model

Our Lab was founded with the goal of asking what’s next and then building that future. Our joint effort marks a new kind of collaboration between industry and academia, and is built on a shared vision and a set of values for how AI should advance. Key among these values is the recognition of the power of interdisciplinarity. Intelligence is one of the great mysteries of the universe. To approach it requires a mind for biology as much as computer science, for ethics as much as mathematics, for economics as much as physics. Universities such as MIT embody the spirit of interdisciplinary investigation.

Another core value of our Lab is stewardship. AI technology is too powerful for a move-fast-and-break-things approach. Achieving true human-machine partnership in the coming age of AI requires prudence as much as technical ingenuity. Now more than ever, we need an integrated worldview that prompts us to consider not only what can we do, but what we should we do. Like the invention of the computer or the Internet, the impact of AI will be profound and complex. It’s up to us — all of us — to harness this technology for good.

Our vision is to cultivate an interdisciplinary community of scientists committed to advanced AI research that is neither purely theoretical nor prematurely commercial. We seek to undertake fundamental science that is deeply connected to everyday people, businesses, and the problems they face. Rather than asking how today’s AI can have impact, we instead ask what fundamental advances are needed for tomorrow’s AI to change our world for the better.

Just one year in, our community is already flourishing, with nearly 50 joint projects led by the brightest minds from our respective institutions. Each project is a collaboration between MIT and IBM research scientists, who collaborate shoulder-to-shoulder on fundamental AI research. Our project portfolio spans a spectrum of fields, with all five MIT schools (and over 20 unique departments and centers) represented. Despite being just over six months into our first cycle of funded projects, our teams are already making important headway on hard problems and publishing in top academic venues.

Examples of the research we are undertaking include:

• Developing tools for detecting and defending against so-called “adversarial example” attacks on AI systems, which make subtle, hard-to-detect perturbations of an input (e.g. an image or passage of text) in ways that cause AI systems to dramatically fail (e.g. misclassifying an image of a cat as a typewriter, or causing a captioning system to produce a dramatically wrong caption, even when the perturbed image is virtually indistinguishable from the original). Pin-yu Chen (IBM) and Luca Daniel (MIT) recently designed techniques for providing precise, certifiable guarantees about the robustness of neural networks against specific attacks. This research is an important early step towards improving the robustness of AI systems.

These are exciting times. Although IBM competes with other tech giants in the enterprise AI space, we also believe in the importance of creating time and space for open scientific collaboration, particularly around enabling fundamental advances in science through AI. That is why IBM is one of the founding members of the MIT Quest for Intelligence, the university’s broader alliance for academic-industry research. We also seek to partner with our vast array of business customers, who represent every facet and corner of the global economy. We recognize that the greatest advances in AI will come from the collective ideas and energy of researchers and stakeholders from across academia and industry.

The MIT-IBM Watson AI Lab is hiring, and we invite you to join us in Cambridge. We welcome good people and bold thinkers who connect dots across disciplines. We come from countries around the world and share an inclusive culture and a global mindset. We bring together diverse backgrounds and perspectives for greater impact. We believe in tight feedback loops between our research in the lab and those closest to the problems we endeavor to solve. We embrace collaboration and celebrate the success of others. We are committed to the scientific method and the integrity of our work.

AI may indeed transform nearly every aspect of our society. Let us work together to ensure it is a force for good.

On 4 August 1997, Skynet, a US military developed program, became self-aware and began to think for itself. Operators tried to deactivate the computer system but the now ‘intelligent’ system perceived this as... 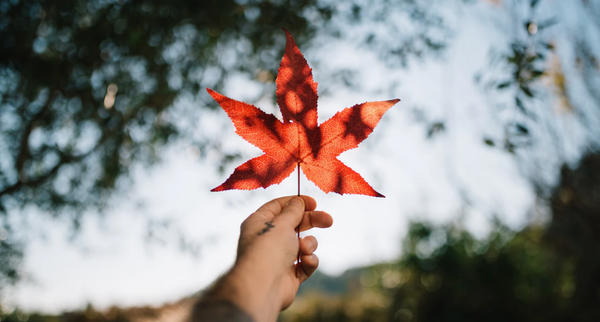 As a strong advocate for supporting female entrepreneurs and women working towards advancing technology and science, RE•WORK are holding Women in AI Events to champion progressions in AI, with a focus on...